During the Victorian era, playground games grew significantly in popularity and many of the games played during this time are still enjoyed today. So, we thought we’d take you back in time in today’s article by listing for you the best Victorian playground games for children.

It is important to note that toys were expensive during the Victorian era, often exceeding the average weekly pay an individual might earn. Therefore, even the wealthiest families could only afford a limited number of toys. As a result, many children shared their toys with others or they made up playground games that didn’t require very much other than imagination. So, let’s take a look at some of the most popular playground games children enjoyed during this period.

The Whip and Top

One of the most popular Victorian playground games, Whip and Top involved spinning a top by wrapping string around the top and giving the stick a pull. This action would make the top spin at a very high speed. Some whip and tops would be painted vibrant colours so that they would create incredible patterns. Children could keep the top spinning by whipping both sides with the string or leather strap. 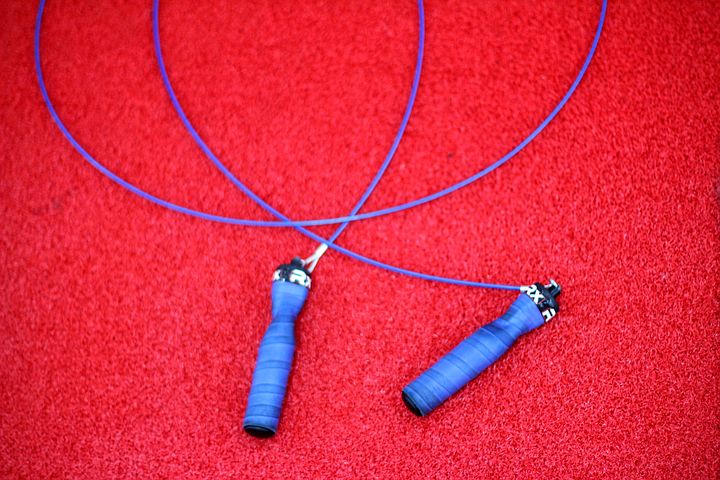 A playground game still very much enjoyed by children in the 21st century, jumping rope has been around for decades. All this game required was a skipping rope or piece of rope the children found lying around. Jumping rope would keep kids happy for hours and new levels of difficulty were often added as the children became better at jumping accurately and to the beat.

Even today, songs have been added to skipping rope games and children speed up the rope or add higher numbers of players into the game to increase the level of difficulty. A game historically more popular with girls, jump rope can be enjoyed by everyone.

One of the most simplistic Victorian playground games, Hoop and Stick requires exactly what the name suggests, just a hoop and a stick. The object of this game was to keep the hoop rolling around the playground for as long as possible. Often, children would play this game with as many players as possible and see who could roll the hoop the furthest. 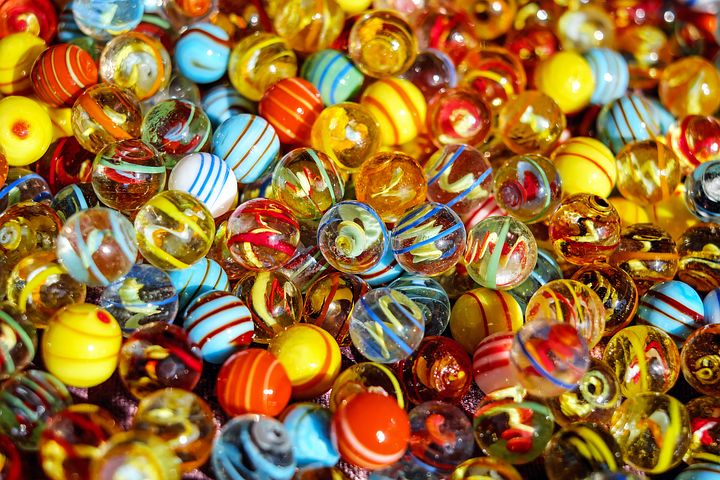 Some children still play this game at school, we know that many of the TPDAL team enjoyed a game of marbles when they were younger. Marbles were a very popular Victorian toy and children would often compete against each other, risking their best marbles in the hopes to win the game and claim their prize (the other players bag of marbles).

While children from wealthier families would have had marbles made out of marble, while poorer children used marbles made of clay, games of marbles today are often played with glass versions.

Another popular playground game that is enjoyed by children even today is the yo-yo. Known to have existed as far back as 500BC, yo-yos have been a favourite for hundreds of years. Children can develop their skills by learning various tricks and even competing against other players. Today, there are actually people who compete professionally in yo-yo challenges all around the world. 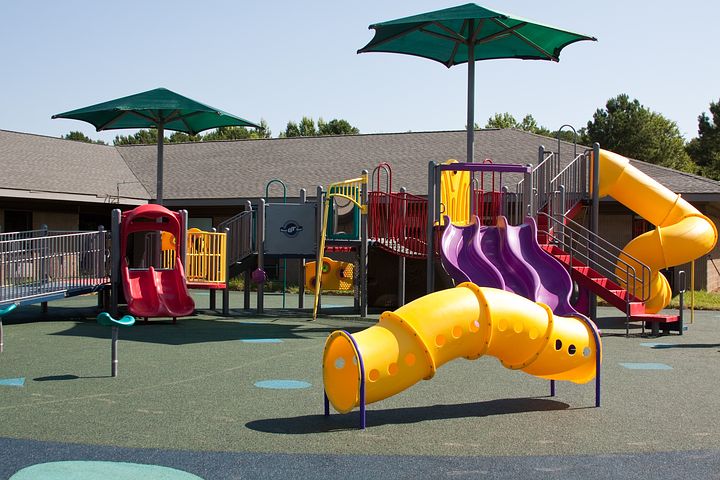 Making a big comeback in playgrounds today, the Diablo was a popular toy in the Victorian era also. Originating in China, the Diablo is made of a spool type object and two sticks with a piece of string to catch the diablo. The goal is to throw the spool as high in the air as possible and use the sticks and string to catch them. Different tricks can be performed with a lot of practice and many children nowadays even compete against one another.

The Victorian version of what we know of today as bowling, skittles could be played both indoors and outdoors. All players needed was a round hard ball and several skittles. The object of the game was to roll the ball and knock down as many skittles as possible. The alternative we enjoy today is bowling. 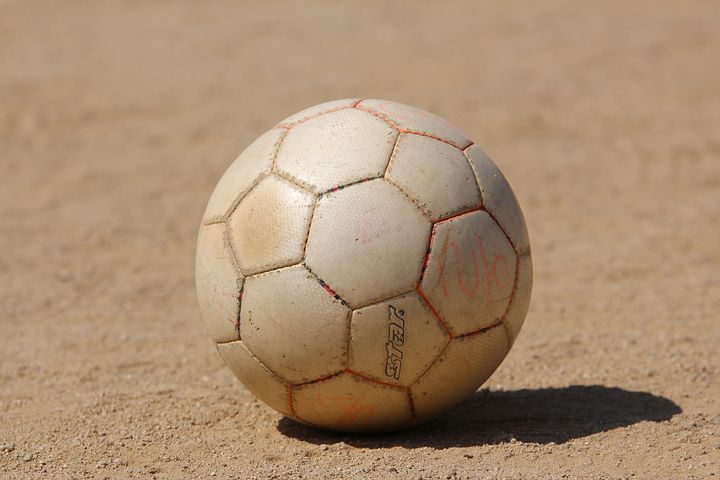 A common playground game, football has been played for years and was also enjoyed by many children during the Victorian era. During this time, footballs were commonly made from leather or animal skin and were played wherever there was enough space – commonly school playgrounds or in the streets. This game was and still is a fantastic way for children to let out some energy and it is more popular than ever before, with many children dreaming of becoming professional footballers.

One of the oldest games in the book, follow the leader was played in playgrounds throughout the Victorian period. It’s a simple game with no limit on the number of players. To play the game, players all form a line behind the leader whose job it is to march, run, skip, hop, kick, dance, and move in as many ways and around as many obstacles as they can, whilst the players behind have to imitate. This game is great fun and is still played today! 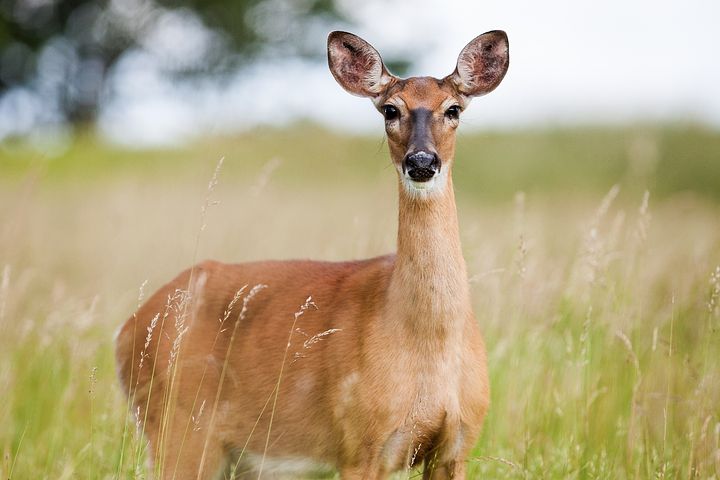 This game was often played indoors around a table, but it worked just as well being played outside. Only for two players at once, Deer Stalker could have a large audience (so long as everyone remained quiet!) One child plays the ‘deer’ and the other the ‘stalker’. Both players are blindfolded at opposite ends of the playground. When a designated bystander shouts ‘Go!’, the two child playing the ‘stalker’ has to move to try and catch the deer and the child playing the ‘deer’ has to avoid the stalker.

Absolute  silence must be maintained by the audience and the players throughout the game to make it more difficult. Different versions are played of this game today, including Blind Man’s Bluff and others.

Variations of this game are still played today and enjoyed by children in playgrounds all around the world. Kick the Can first came into popularity during the Crimean War. Players use an old can as a football and kick it around the playground. Of course, the variations of the game are as endless as a child’s imagination and competitions and challenges can be made up to have players try and pass certain levels of difficulty. 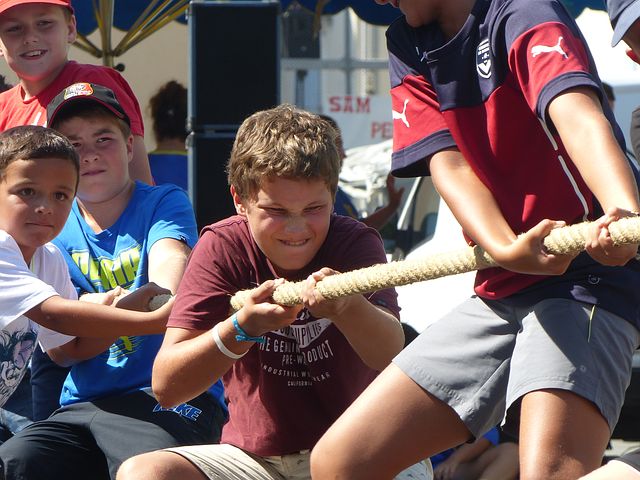 Surely there is not any child who has not played at least one game of Tug of War before. During the Victorian times, Tug of War was a popular game. Only requiring two things, a piece of rope and willing players, it was an easy game to accommodate.

To play, two teams would be formed in lines opposite one another. To make play fair, the players would be evenly distributed between the teams to ensure the strength capabilities of both sides were roughly the same. This would make the competition more interesting. Then, a line would be drawn on the ground and the children would pull with all their strength in an attempt to pull the opposing team over the line first. Sometimes, to add a level of excitement, children played this game over a muddy puddle or a small stream to make losing even more disappointing.

Which Games Do You Still Play?